Second Star to the Right… 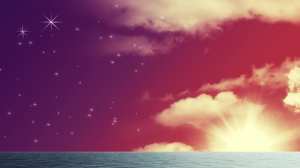 No matter what Captain Kirk says, it isn’t space that’s the final frontier.

I’ve been a resident at the Barrie Retirement Home for fifteen years now. I spend my time reading, doing crossword puzzles, playing cards with the other old gals, and taking up my position in front of the huge glass window that looks out on the retirement home’s parking lot. There’s a row of rocking chairs lined up in front of that window, and most of us spend our afternoons in front of it, slowly rocking back and forth, and gazing out at the driveway and at the woods beyond it.

We’re waiting for something… for someone. Usually family. We watch as they drive up to the entrance and park their cars. We watch their body language as they disembark, their faces closed, their walk to the front door slow, reluctant. They don’t want to be here, fearful that old age is catching, and they look at their watches even as they approach the automated doors.

Who can blame them?

I don’t want to be here either.

Mrs. Darling’s teenage grandson said it best as he was leaving last week. “Thank God another visit to the window lizards is over.”

His father saw I’d overheard and he turned scarlet. “Shut up, Tommy.”

To the boy’s credit, he had the grace to look embarrassed.

But why should he? It’s the truth. Window lizards. That’s what we are. Time has stolen our vitality. Our sole purpose in life now is to hold onto it. Hold onto it for another day. And for what? So that our wizened, leathered bodies can sit in front of this window, watching life as it comes to visit – and then, too soon, depart?

Shifting in my chair, I laid the crossword puzzle book down on my lap and glanced over at Peter, who’d fallen asleep in his rocker.

He must have been a looker in his youth; there are still vestiges of a once attractive man around his eyes. Those blue eyes, now slightly dulled, still sparkle when he tells a story, and no one tells a story better than Peter. He once showed me a faded photograph – taken on his wedding day – and I was surprised to see he’d been a redhead back in the day. Such beautiful hair. Even the aged photograph couldn’t dim its vivid carrot color.

That was then, though.

Like all of us, Peter had experienced too many visits with Lady Time. She’s a harsh mistress, that one. Shows up without invitation and, in the end, spares none of us. Not even Peter, whose sleeping, slack face bore evidence of time’s stamp.

He must have sensed my study of him; he began to stir and slowly roused himself.

“What time is it?” he asked in a hoarse, old man voice.

“Does it matter? You going somewhere?”

Painfully, he adjusted his body in the rocker, and his eyes gazed wistfully out the window. “You never know, though,” he said softly, his words more for himself than me.

Peter looked at me. “I might be going somewhere. I was never meant for this.”

I snorted. “Who was? You think I booked a room at Hotel Barrie with my travel agent?”

“I’m going to be leaving soon.”

I laughed. “You can’t even get from that chair to the toilet without help. So, Mr. World Traveler, where do you think you’re going?”

He leaned forward in his chair, his eyes searching the woods beyond the parking lot.

“What are you looking for?” I was intrigued, in spite of myself.

“My gang. They should have been here by now.” He frowned. “I used to think that to die would be an awfully great adventure… but it’s not. It’s a tedious endeavor.”

“Who would appear – your wife?”

He shook his head. “No, no… Wendy died years ago. It’s the other… she’s the one who would come back. She deserted me when I married.”

Sighing, I picked up the puzzle book. I was used to Peter’s ramblings about the mysterious creature who turned her back on him when he married his wife. Generally alert, Peter sometimes went off on tangents of fancy that made me worry if dementia was settling in. I’d heard the doctor’s whispered comment to another physician as they passed Peter’s room one night. “Mercury poisoning, I’m afraid… it’s affected his brain.”

Perhaps the doctor was right. Peter’s ramblings about a gang or secret organization waiting for him was the stuff of madmen.

“Evelyn, have you ever flown?”

I glanced up from the book. He was looking at me intently. “Sure… before I became this old, I used to visit my daughter on the coast… flew out there every summer.”

“That’s not what I mean… have you ever flown?” His voice was urgent. “I used to love to fly. I’d soar above the rooftops. It was such an adventure! The cool night air, the feel of it against my skin, the stars so bright, so close…I could almost touch them…

“I loved my wife, Evelyn. I wouldn’t trade those years. I wouldn’t, do you hear me?” He sat up, agitated.

“Peter, calm down. I know you loved your wife. Don’t rile yourself so.”

“But the other… she was so jealous. She stole my ability to fly.” Tears formed in the corners of his eyes. “If I could just remember the words, I know she’d come back… take pity on me. Oh, Evelyn! I so want to fly again… just once more. Just one last grand adventure!”

I didn’t know what to say, and so I reached over, placing my hand atop his, and we rocked in silence for several moments, only the sound of Peter’s weeping disturbing the quiet.

At some point, I must have fallen asleep in the chair because a gentle voice was calling my name. “Miss Evelyn?”

I opened my eyes and the kind, brown face of Louise Hayes was facing mine. I love Louise; she’s my favorite of all the health aides.

“I guess I fell asleep.”

She chuckled. “Yes ma’am, I guess you did. You ready to go back to your room now?”

“I think so. How about you, Peter?” I asked, turning to his chair.

I looked at Louise, and she was gazing at me sadly. “He passed while you were sleeping. I’m sorry. He was a favorite of yours, wasn’t he?”

My throat constricted with pain, and I could only nod. Peter! Gone! I blinked back tears, hoping his journey was one last grand adventure.

Louise bent down to retrieve my puzzle book, which had fallen to the floor.

“Damned housekeeping,” she muttered softly, brushing the cover of the book. “Look at all this dust on the floor.”

She handed the book to me, and I glanced down at it.

A small sprinkling of dust still clung to its cover. 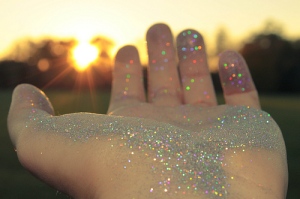 __________________
Word Count: 1206
Author’s Note: This story is written in response to a challenge to write a tale of indeterminate length based on phrases that are part of this week’s ‘Inspiration Monday’ from the blog, BeKindRewrite. The phrases used are: window lizards; mercury poisoning; secret organization; time stamp; and the final frontier. Thanks to BeKindRewrite for the inspiration prompts this week!

Aspiring novelist. Avid reader of fiction. Reviewer of books. By day, my undercover identity is that of meek, mild-mannered legal assistant, Kate Loveton, working in the confines of a stuffy corporate law office; by night, however, I'm a super hero: Kate Loveton, Aspiring Novelist and Spinner of Tales. My favorite words are 'Once upon a time... ' Won't you join me on my journey as I attempt to turn a hobby into something more?
View all posts by Kate Loveton →
This entry was posted in My Fiction and tagged BeKindReWrite, Captain Kirk, Challenges, Fiction, J.M. Barrie, Loss of Youth, Old Age, Peter Pan, Pixie Dust, Stories, The Final Frontier, The Lost Boys, Tinker Bell, Wendy Darling, Writing Prompts. Bookmark the permalink.

35 Responses to Second Star to the Right…