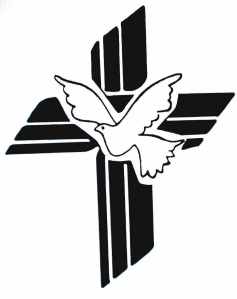 To everything there is a season…
And a time for every purpose under heaven.
~ Ecclesiastes 3:1

Ralph Evans was a new breed of pastor. He didn’t stand on ceremony and he was committed to reaching out to youth. The church’s previous rector was old school, preferring that congregants address him as ‘Father.’ It was a new season for our church, evidenced by the pastor’s request that people call him ‘Ralph.’

A teenager at the time, I was too shy to comply; he was always ‘Mr. Evans’ to me.

A father figure to neighborhood kids whose own fathers were busy, he listened to our concerns and encouraged our dreams. He tried to broaden our horizons.

Sometimes he’d bring graduate students from the local university to our youth group meetings. We’d discuss the serious issues facing the country. In a season of unrest, Mr. Evans wanted us to understand that many people had lives very different from our own.

He wasn’t only concerned with social issues. The human heart was equally important.

In an old movie, a dying heroine states, “Loves means never having to say you’re sorry.”

Times with Mr. Evans weren’t always so earnest. After Sunday services, he’d round us up and take us to the movies or to the park. At least twice, he took a group of us to the ocean for a weekend.

His house was a busy place, filled with neighborhood teenagers who’d pop in for a visit. His wife was a saint to put up with us.

Mr. Evans was the first person I trusted with my ambition to be a writer. With the bravado of youth, I told him I’d dedicate my first novel to him. He looked at me seriously and said, “If you want it, you can do it.” When I decided to learn to play the guitar, he spent an afternoon taking me to music shops, helping me find the right instrument. He didn’t grimace when I played the thing off-key or out of rhythm. “You’ll get it right next time.”

Life moved on. I graduated from school and put aside dreams of writing. I married and moved out of state. Life was busy and I stopped attending church.

Twelve years ago, for no apparent reason, I started thinking about him again. I wondered what had become of him. The old church had long since closed its doors.

I thought of him so frequently that I finally contacted the Episcopal Diocese of Maryland. They told me he’d retired from pastoring a country church. I decided to write him a letter, sharing the reasons he’d been an important part of my life. I sent the letter to the church, hoping they’d forward it.

A month went by; I heard nothing.

The second month, two letters arrived: one from his wife and another from one of his close friends. They wrote that Mr. Evans had battled a terminal illness, and that he’d received my letter on a challenging day.

His wife wrote that the letter had made a difficult day bearable, and he’d beamed after he read it. He asked her repeatedly to read it to the visitors who came to sit with him that day.

I sometimes wonder why I felt driven to seek out Mr. Evans after so many years had passed. Perhaps it is true that there’s a season for everything. That was my season to say thank you; it was his to receive it.

My letter arrived just when needed. Coincidence? The prompting of the Holy Spirit?

The story has a mystifying coda.

The day my letter arrived, Mr. Evans received a second letter from another person from his past.

Decades after knowing this good man, two people reached out on the same day to say thank you to someone who’d made a difference.

I believe in seasons.

Aspiring novelist. Avid reader of fiction. Reviewer of books. By day, my undercover identity is that of meek, mild-mannered legal assistant, Kate Loveton, working in the confines of a stuffy corporate law office; by night, however, I'm a super hero: Kate Loveton, Aspiring Novelist and Spinner of Tales. My favorite words are 'Once upon a time... ' Won't you join me on my journey as I attempt to turn a hobby into something more?
View all posts by Kate Loveton →
This entry was posted in My Life and tagged Ecclesiastes 3:1, Making a Difference, The Holy Spirit, The Reverend Alan Ralph Evans, To Everything There is a Season. Bookmark the permalink.